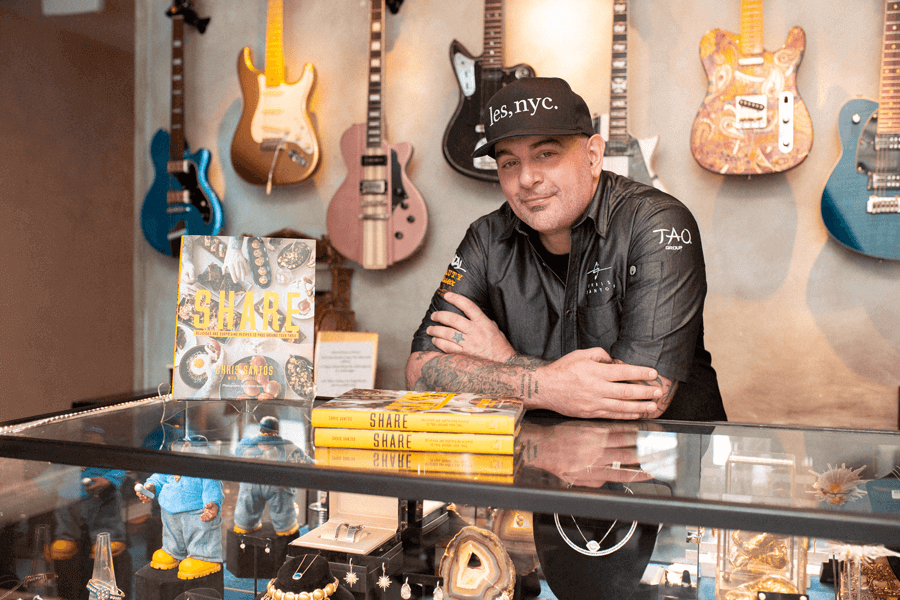 After graduating with honors from Johnson & Wales University and traveling extensively through Europe, Chef Chris Santos honed his craft, palette and style in various restaurants around New York City.

In 2005, Santos introduced the world to his unique brand of communal dining with his debut restaurant, The Stanton Social, which took the New York City dining scene by storm and has since become a true culinary institution. In December 2010, Santos introduced Beauty & Essex to the Lower East Side, and this multi-level restaurant and lounge once again revolutionized dining in this trendy neighborhood and is one of the most popular restaurants in New York. In January 2016 Santos opened his third restaurant, VANDAL, in partnership with the TAO Group, which instantly became another lower east side hit. The Las Vegas location of Beauty & Essex opened at The Cosmopolitan May 2016 and in Los Angeles the following year.

In addition to these five restaurants, Santos is also a judge on Food Network’s wildly popular show “Chopped,”. He debuted his first cookbook, “SHARE – Delicious and Surprising Recipes to Pass Around Your Table,” February 2017.

Life out of his chef whites includes a love for boxing, rock n’ roll and tattoos, and in 2016 he launched Blacklight Media, a hard rock and heavy metal music label.